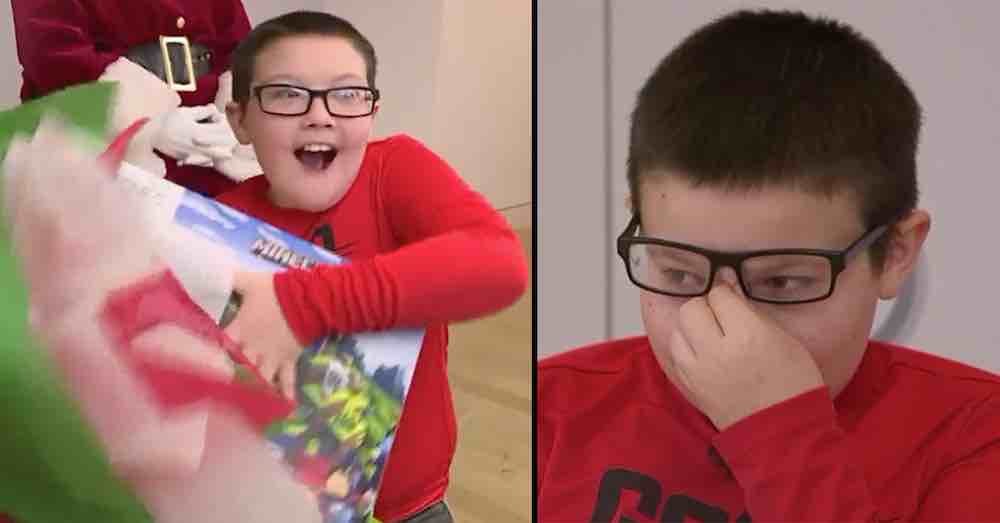 A 9-year-old boy from Beachwood, Ohio, has learned that those who give selflessly often receive unexpectedly.

Mikah Frye knows what poverty feels like. About three years ago, his family fell on hard times when they lost their home and were forced to live in a shelter. Every day, Mikah would get a blanket, and every day, the shelter would have to take it back.

This year, when he saw some homeless people out in the cold, he did some quick math. Now that his family was doing better, he knew he would be getting a $300 Xbox this year for Christmas. He figured that, at $10 a blanket, he could buy 30 blankets instead of getting an Xbox — so instead of accepting the game system, he chose to buy the blankets instead. He then gave away each one to a homeless person in need.

“He knew what it was like to not have a blanket at night and have to give it back,” said his grandmother, Terry Brant. “So the first thing he wanted to do was give a blanket that they could keep.”

News of Mikah’s good deed spread quickly, catching the attention of Xbox manufacturer, Microsoft. The company decided to surprise Mikah with a new console that was the same model as the one he had traded for the blankets — and he was in tears.

“When they called and told me, I was just instantly crying on the phone, and I couldn’t believe it,” said Terry. “What’s harder was not telling him.”

Employees led Mikah to the back of the store, where Santa had bags full of gifts, including the coveted Xbox. The family was emotional.

“It’s just amazing — it’s a blessing. Mikah is a blessing to our family, and we thank you very much,” Terry said.

(Read the rest of the story and watch the video here.)