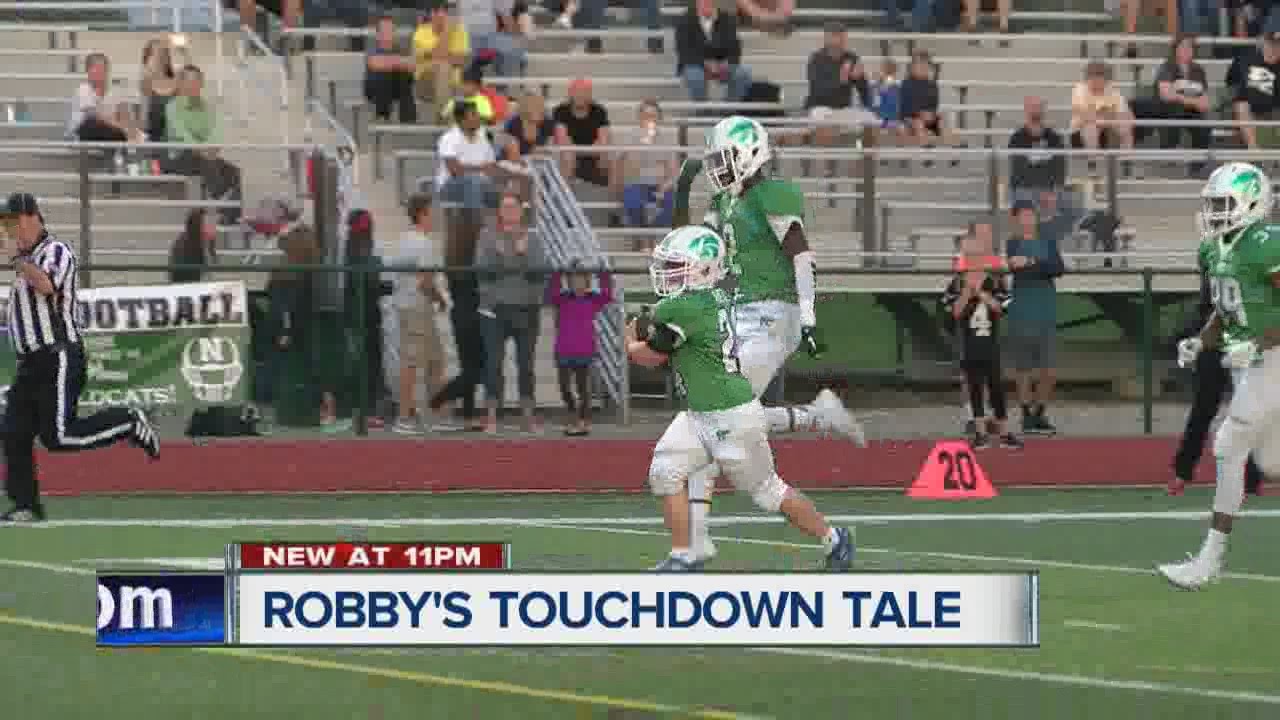 Friday night was special for Novi High School in Michigan. After four years of serving the athletics department, Robby Heil, a senior with Down syndrome, finally got his chance to score a touchdown in a game. Robby was put into play during the second quarter against South Lyon East and the plan was put into place. The handoff went right to Robby, and he booked it for the end zone to score a touchdown. Robby’s mother, Debbie Heil, who has been diagnosed with terminal bone cancer, was able to be on the sidelines to watch her son’s scoring run.