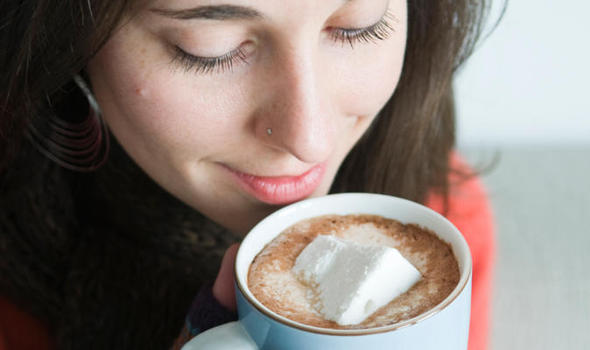 Drinking two cups of hot chocolate a day could help preserve your memory and keep your thinking skills sharp, according to researchers from Harvard Medical School in Boston, Massachusetts. Of the 60 participants, 18 had impaired blood flow to the brain at the start of the study. Those people had an 8.3 percent improvement in the blood flow to the working areas of the brain by the end of the study, while there was no improvement for those who started out with regular blood flow. The people with impaired blood flow also improved their times on a test of working memory, with scores dropping from 167 seconds at the beginning of the study to 116 seconds at the end. There was no change in times for people with regular blood flow. Half of the study participants received hot cocoa that was rich in the antioxidant flavanol, while the other half received flavanol-poor hot cocoa. There were no differences between the two groups in the results.