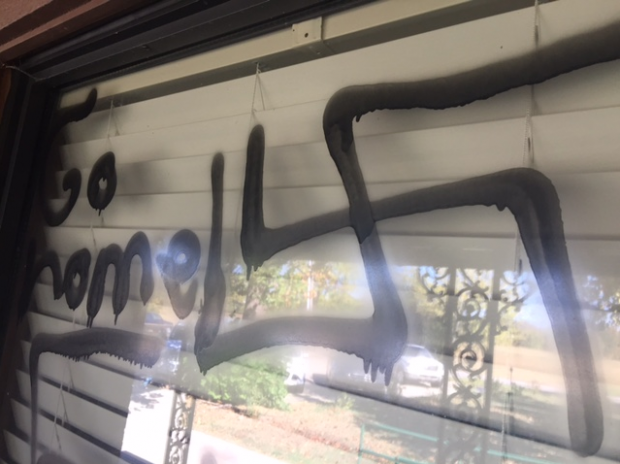 A group of Muslims in Fort Smith, Arkansas, decided they’d “do what Jesus would do,” and paid the fine for the local redneck who vandalized their mosque – thus keeping him out of jail. In October of 2016, the Masjid Al Salam mosque was vandalized by Abraham Davis who sprayed a swastika and the words “go home” on the front of the house of worship. Davis was convicted and sentenced to community service and a hefty fine – however failure to pay the fine would result in a six year prison term. When word reached the mosque that Davis didn’t have the money to pay the fine, they stepped up and paid if for him. The President of Al Salam, Louay Nassri, said, “It shouldn’t be hanging over him for the rest of his life. We knew this person did a bad thing and there has to be consequences for their actions. But we didn’t have any ill feelings towards anybody.” When Nassri learned Davis was having financial problems and would end up in prison Nassri said, “Well, we didn’t want him to go to jail for six years.” So just before the new year Nassri wrote a check for $1,700 to cover Davis’ fine. The large sum of money was originally set aside for renovations to the mosque. Nassri noted, “If we would’ve known his troubles with us, we would’ve tried to help him. Communication is extremely important. Education is extremely important.” (Arkansas Matters.com)