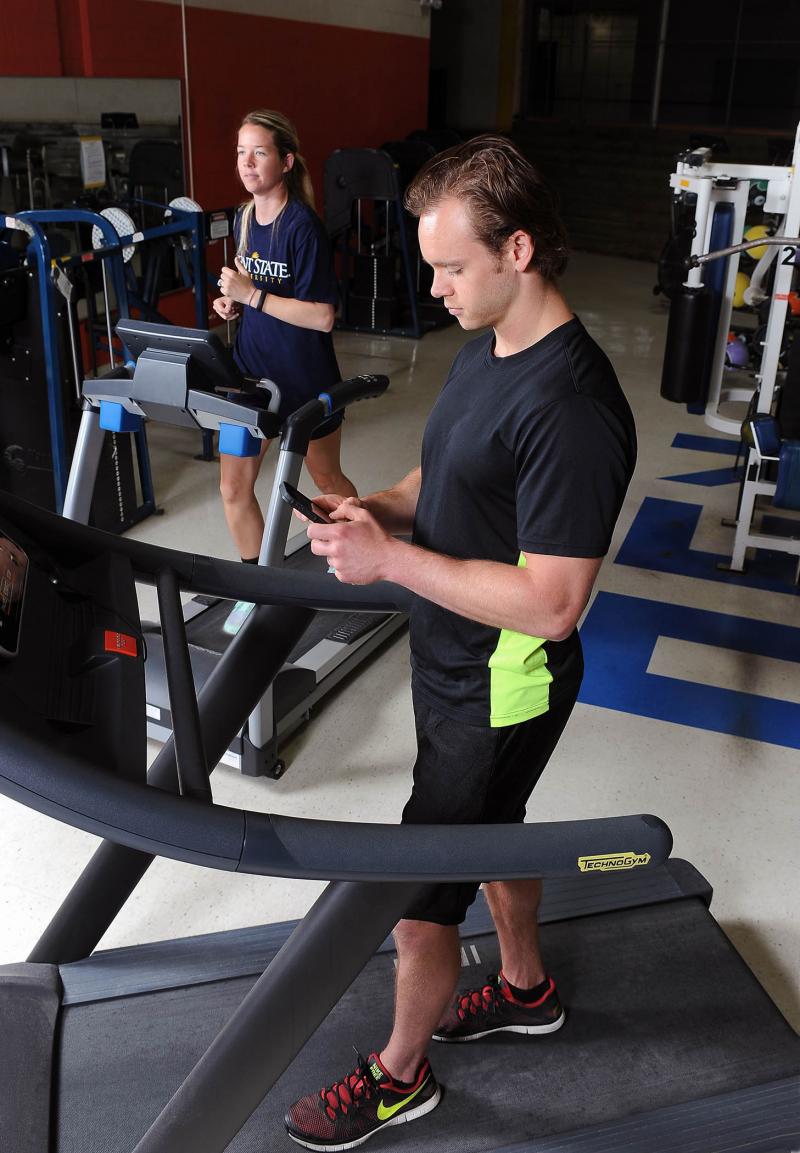 A gym buddy calls while you’re on the treadmill to say he’ll meet your tomorrow. Your girlfriend text to ask about dinner and when you might be over. A news bulletin pings so you check it out, then put it up on Twitter. And all the while, you’re lumbering through a completely half-hearted workout. Yes, it’s official: Paying too much attention to your smartphone during exercise can sap your focus and intensity, slow you down, and even lower your heart rate, according to a study at Kent State University. In a study, 44 students were put on treadmills for 30 minute sessions to test how talking, texting and listening to music affected their workouts compared with not using a phone at all. The stats: Phone-chatting reduced subjects’ running speeds by 10 percent. Texting was an even bigger drag lowering speeds by 10 percent and heart rates by 5 percent. Listening to music, though, boosted heart rate and upped average treadmill speeds.  Unfortunately how many of us can listen to tunes but resist answering calls and texts?  (Men’s Fitness)