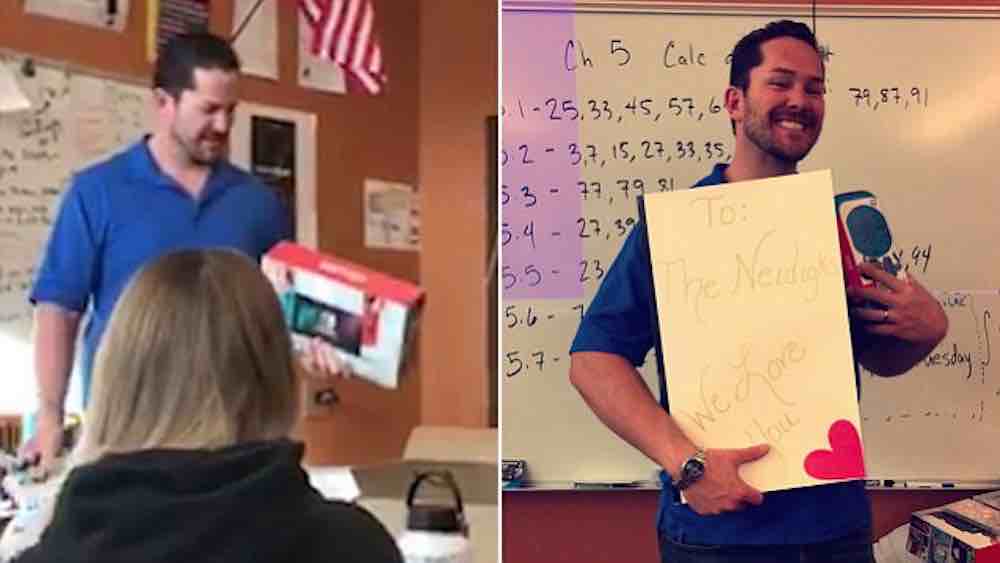 Nathan Neidigk returned to his classroom earlier this week to find a Christmas miracle waiting for him on his desk – and it was all thanks to his adoring 12th grade students.

The math teacher at Volcano Vista High School in Albuquerque, New Mexico had fallen on hard times earlier this month after his young son was diagnosed with leukemia.

During one of his classes, Neidigk mentioned in passing to his class that he probably wouldn’t be able to afford Christmas presents for his son this year because of the pricey hospital bills.

So, while the single dad spent the week absent from class with his son, his students all pitched in $20 each and bought Neidigk a new Nintendo Switch gaming console, two games, and a case.

The father’s stunned reaction to the gift is bound to melt your heart.

And, more good news: Friends have set up a GoFundMe campaign for the Neidigk family, which has raised $13K of its $30K goal.

(WATCH the video below)