Is It A Termite Nest Or A Church Cathedral?

Nature is awesome, and animals can be true artists. This astonishing cathedral was built by termites and the created structure clearly reminds of the Sagrada Familia by Gaudí in Barcelona.

This magnificent was photographed by Fiona Stewart in Queensland. 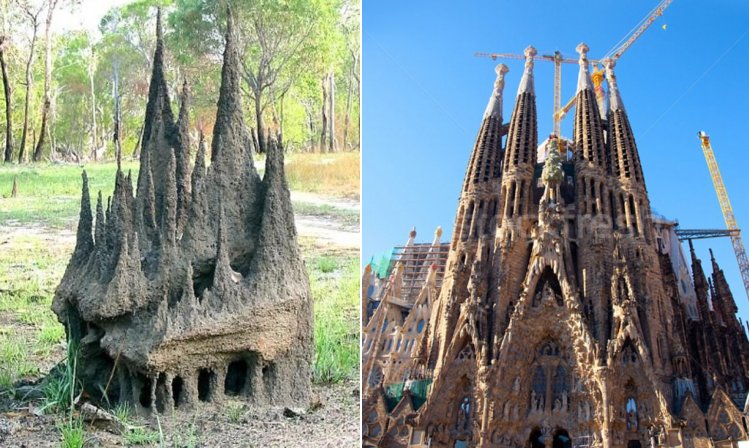 “No architect (as Dan Dennett pointed out) no blueprint, not even in DNA.

Being small is not an obstacle to the termites because they are responsible for creating some of the tallest non-human structures on our planet.

The termites use the intricate structure as an air conditioning unit for the creatures’ underground home.

They argue that the mounds are even more impressive than the tallest man-made building on Earth, Dubai’s skyscraper the Burj Khalifa.

Associate Professor Nathan Lo, from the university’s school of life and environmental Sciences, said: “Given that a worker termite stands about 3mm (0.1 inch) in height, these mounds are in human terms the equivalent of four Burj Khalifas stacked on top of each other.”

The full findings of the research was published in the Royal Society journal Biology Letters.