You might’ve already heard, but for those of you who are just now becoming aware of it – Friday, January 29th is my last day doing an honest-to-goodness radio show.  You’ll be able to hear my podcasts online, through iTunes, etc., but I will not be on a “radio station” beginning in February.

Before you wonder why I’m being fired, I’ll let you know that I’m not.  This is MY decision.  So please don’t send hate mail to the radio station angrily accusing them of letting me go, okay?  I had to deal with that a few years ago when I first started at a radio station.  I received hate mail for a year and a half because the assumption was that they had fired the previous morning guy to make room for me.  Nothing could be further from the truth – he’d actually left the station close to a year before I was brought on.  But, nonetheless, that’s what people though.  It was a brutal 18 months that I’d rather my soon-coming replacement not have to endure.

It’ll likely be a strange, empty feeling not doing a daily radio show after more than twenty years of it.  But it’s the right decision… at least for now.  As you may already know, my radio show is syndicated.  For non-broadcasters, that means my show is aired in more than one city.  In fact, it’s currently aired in three cities: Rockford, IL (of course), along with Wilmington, North Carolina and Iqaluit, NB (Canada).

Well, I put pen to paper (actually, I pulled up my laptop’s calculator) and I figured out that with all of the hours I was putting into the syndicated radio show, I was making a whopping $1.70/hour.  No kidding.  I’m pretty sure I made more than that just for making my bed and taking out the trash when I was twelve years old.

I realized that if I took half the time I was spending on the radio show and used it to find comedy opportunities, I’d be much better off.  I can do one night of comedy and it would pay me more than the syndicated show paid me the entire month.  Plus, I’d get a free dinner out of it… and free beer!  (Okay, so I don’t drink – but I’m sure I can request Pepsi instead without any difficulties.)

So, that’s the plan.  I never really intended to go into full-time comedy this early… but it seems to be the case now, if only by default. I’ve had a lot of people saying they’ll be praying for me.  I appreciate that – and I’ll take all the prayers I can get!  This is a step of faith that does make me nervous, even though it’s a step I know needs to be taken.  I have no doubts that God is in control of all of this – even if Robin and I have no idea where this path will ultimately take us.  He always keeps us guessing about the future – which is probably for the best, otherwise we’d immediately begin making “suggestions” to Him on how the plan can be improved.  Or we’d just freak out and faint.

I do have a lot of great things coming up.  On February 18th I’ll be on Cornerstone Television Network’s “Focus 4” program, and I’m working with an agent on the Collision of Comedy tour which is generating a ton of interest with churches and Christian radio stations all around the nation.  So far we have twelve different cities interested in bringing the tour to town – even one in Canada!  Time to finally get myself a passport!  My manager is working on some great things too – too early to give details though, but it’s very cool stuff.

Ironically, I’ll probably be better off financially (and busier) being “unemployed” than I ever was having a regular full-time job.

I also plan to continue to do a weekly podcast similar to my radio show (http://marlar.podomatic.com – also on iTunes if you search for “Darren Marlar Show”, or listen to the show on my website).  It will give my radio fans an opportunity to get their weekly “dose of Darren”, plus it’ll keep me from getting rusty so if/when God opens the door for me to jump back on the air someday I’ll be ready.

My last day doing a radio show is next Friday – January 29th. I’m not sure what my other radio affiliates (Canada and North Carolina) are doing to replace me, but I do know about WQFL.  The new morning guy at WQFL will be Sky Drysdale – formerly the midday guy at Classic Rocker “The Eagle” here in Rockford, IL.  He’s a great guy who, ironically, gave me my start in comedy – he was hosting a comedy show at a local business and allowed me to get up and do my first 5-minute “guest set” a little over four years ago.

So I guess if you want to blame anyone for my leaving the radio station, you CAN blame him!  Let the “hate mail” to Sky Drysdale begin!  (Bwah, ha, ha, ha, ha!!!)

Kidding.  Please be nice to him. 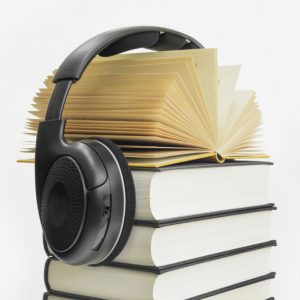