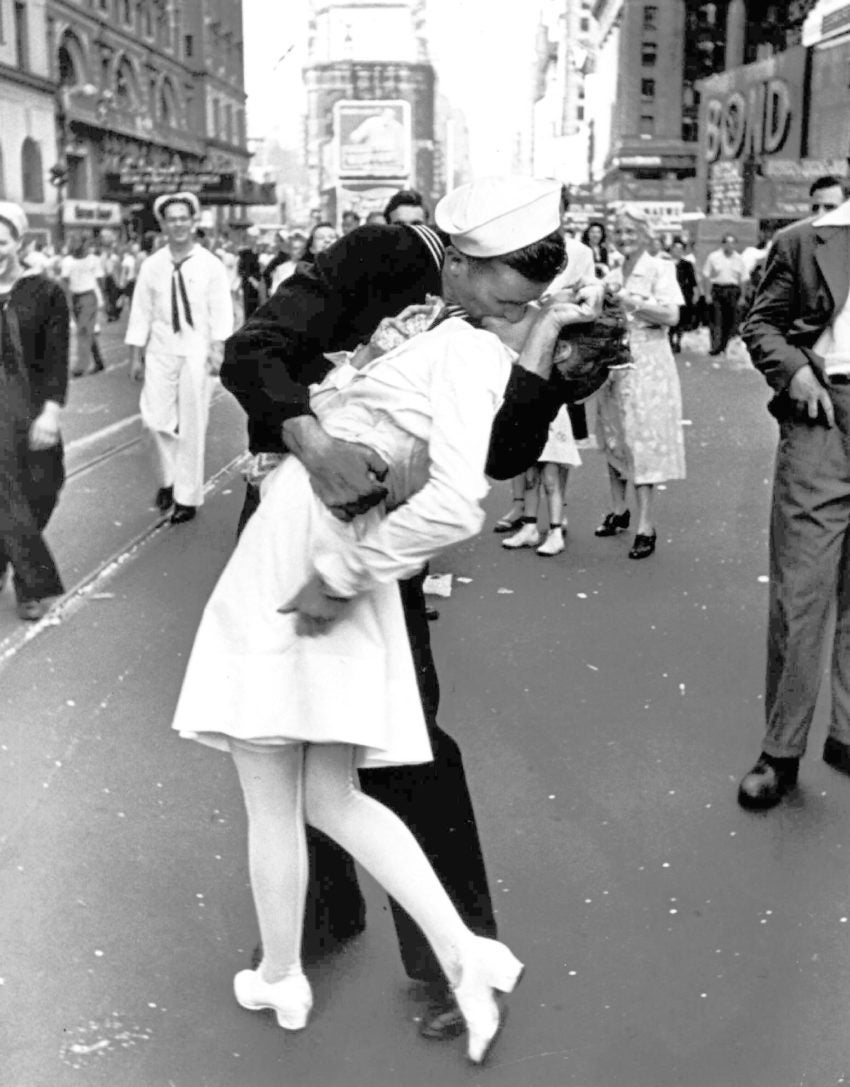 The woman in an iconic photo shown kissing an ecstatic sailor in Times Square celebrating the end of World War II has died. According to ABC News, Greta Zimmer Friedman was 92. Friedman fled Austria during the war as a 15-year-old. She died Thursday at a hospital in Richmond, Virginia, from complications of old age. Greta Friedman was a 21-year-old dental assistant in a nurse’s uniform when she became part of one of the most famous photographs of the 20th century. Read the full story at http://abcn.ws/2c9qP51.